Well after the initially excitement of driving this beast around & turning heads I started in ernest to attempt to put right the first few problems I found.

The instrument binnacle was my first call & I stripped tis out of the binnacle and stripped it down. I found bulbs missing and the right hand plug on the rear had broken its plastic "lug" so the foil was just floating around. I made a quick fix by using a piece of plastic sheet cut to size to fit the foil contacts correctly on the plug. Now all my warning lights at least work.

The other problem I found was that there were 2 wires out of the right hand plug connector - these were Red & Black in colour & were twisted together - there was another wire out of the loom at the same point which had been cut-off & was grey & blue. 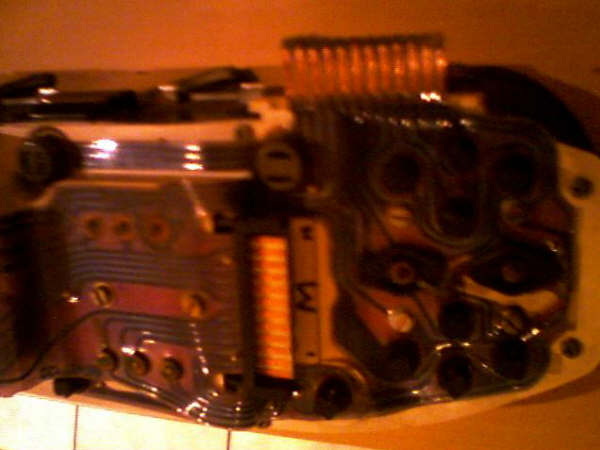 I found from the wiring diagram that the 2 red/black wires should have been in R10 but don't know where or if the grey wire should be used?

The binnacle is now back on & all the warning lights now work - even the petrol gauge has stopped bouncing around - but the charge indicator has stopped working now so think I will have to pull the Instrument cluster out again soon.

The instrument lights however still do not work & now the clock backlight & auto gear shift arrow are not lighting up either. Still int he dark whilst driving...untill I can get them to work. WIll have to try to do current checks on the plugs to the instrument cluster over christmas to do some diagnostics.

- Got the rear demist working but still can't get the wipers to work. It may be the switch int he centre console as they all don't look or work to positively. Will start there over the Christmas hols.

- I found that the oil modification that was done on this 928 to give it two external oil coolers instead of the one's in the radiator works great but the pipework went down the side of the radiator hose on the right hand side of the engine compartment. I noticed that this was touching the drive belt ont he right hand side & was wearing away at the rubber hose coating. Made sure this was tucked out of the way & clear of the drive belt with some secure tie straps.

- The biggest problem I had last weekend as I got in the car to go out for a drive was a distrubing knocking at the rear near side wheel. This ins't there all the time but suddenly appears both in reverse or forward motion. I haven't had chance to look at this yet, but it is definately a fairly clear metal clunking noise, so either brakes or crive joint I pressume?

Anyone heard this noise before & give me an idea of where to start looking?

Dissappointed I can't drive my 928 this weekend before I'm off on my travels again. WIll have to get this clunking noise fixed ASAP so I can enjoy the 928 over Christmas.

My Current Xmas list for the 928 is as follows:-